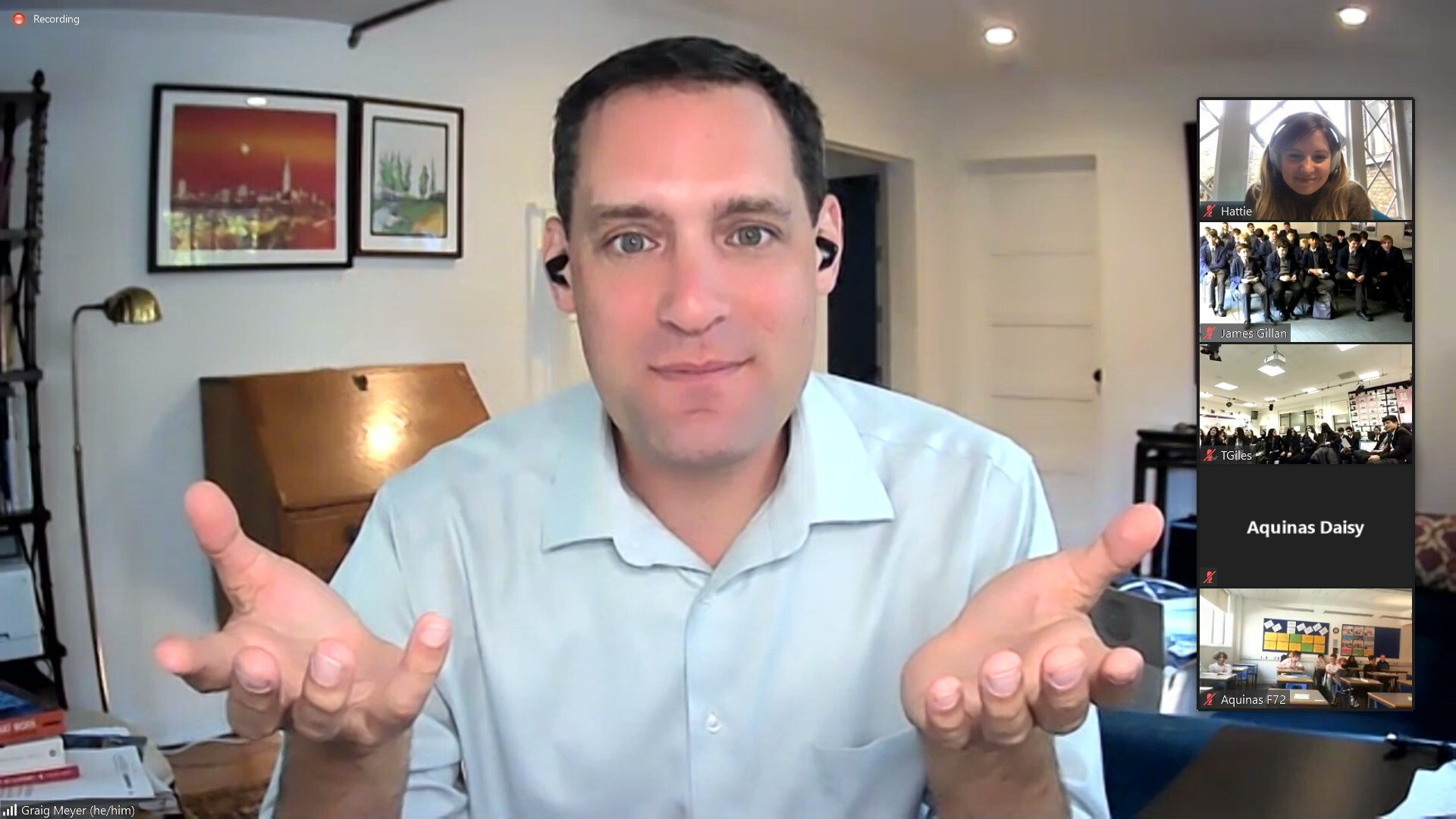 A group of Citizenship students from The Halifax Academy have taken part in a live digital surgery with American politician Graig Meyer.

The surgery was organised in collaboration with The Politics Project, an organisation that supports the delivery of outstanding political education. Students at the Academy have previously taken part in digital surgeries with Halifax Member of Parliament (MP) Holly Lynch and former Member of the European Parliament (MEP) John Proctor.

The students joined an hour-long call with Graig Meyer and young people from three other UK schools, during which they asked Graig a series of excellent, interesting questions. Graig had plenty of questions of his own, which the students answered thoughtfully and confidently.

Topics of conversation included the upcoming US election, climate change, the Black Lives Matter movement and even Donald Trump’s hair.

Student Sinaan questioned Graig on his views on how Donald Trump was approaching his role as President and how Americans had reacted to the last four years of his presidency. Ruqayyah answered Graig’s questions about how the UK was dealing with the coronavirus pandemic and how she perceived the approach of the UK government. Another eloquent answer came from Saad, who explained to Graig how the Black Lives Matter protests in the UK had been somewhat different, but equally as important as those in America that they had seen in the news and on social media.

The surgery enabled the students to gain a real insight into the role of a politician in America. They were particularly interested in Graig’s work to promote the need for high quality education for minority groups in his state of North Carolina and also expressed their desire to study and work abroad following the experience.

Connecting with those in power and in elected office provides our students with exciting opportunities to have their voices heard, to share our Academy values and to make real change in the world.